Unleash live supports uploading and playback of 360° spherical videos on computers in Chrome, Firefox, MS Edge, and Opera browsers. To upload a 360° video file, you'll need to modify the file with an app or script before uploading.

You can also watch 360° videos on Unleash live mobile app.

For an immersive experience, learn more about using Cardboard or Oculus. 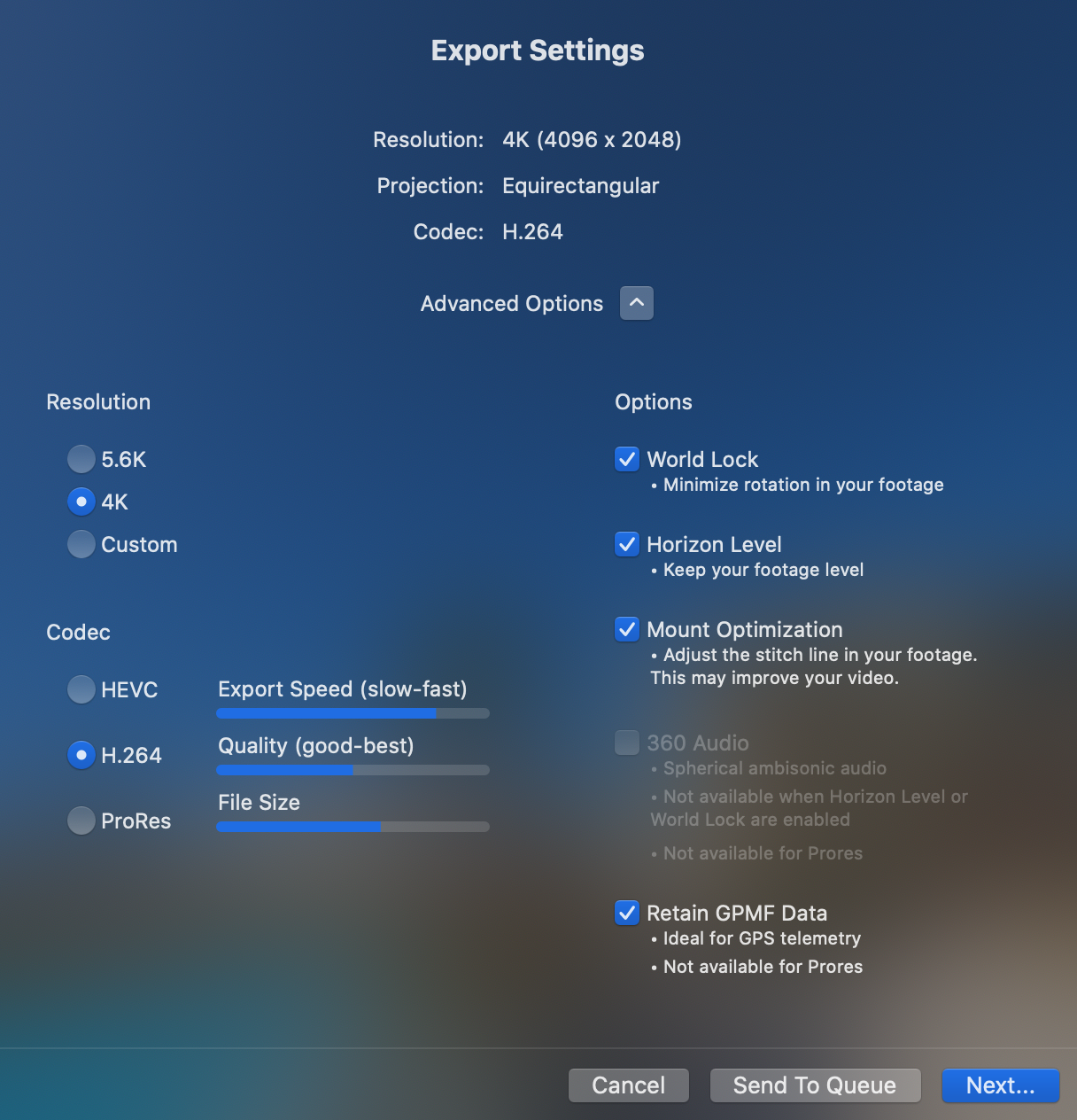 Once the video is shot, you need to make sure to have an equirectangular format shown in the metadata.

Your video file needs to include certain metadata for 360° playback to be enabled. Follow these instructions to install an app that will add the necessary metadata into a new file for you.

Create a 360-enabled file with an app

You can also add the metadata using a Python script.

View and share your video file in 360 degrees on your Unleash live player or in a VR goggle. 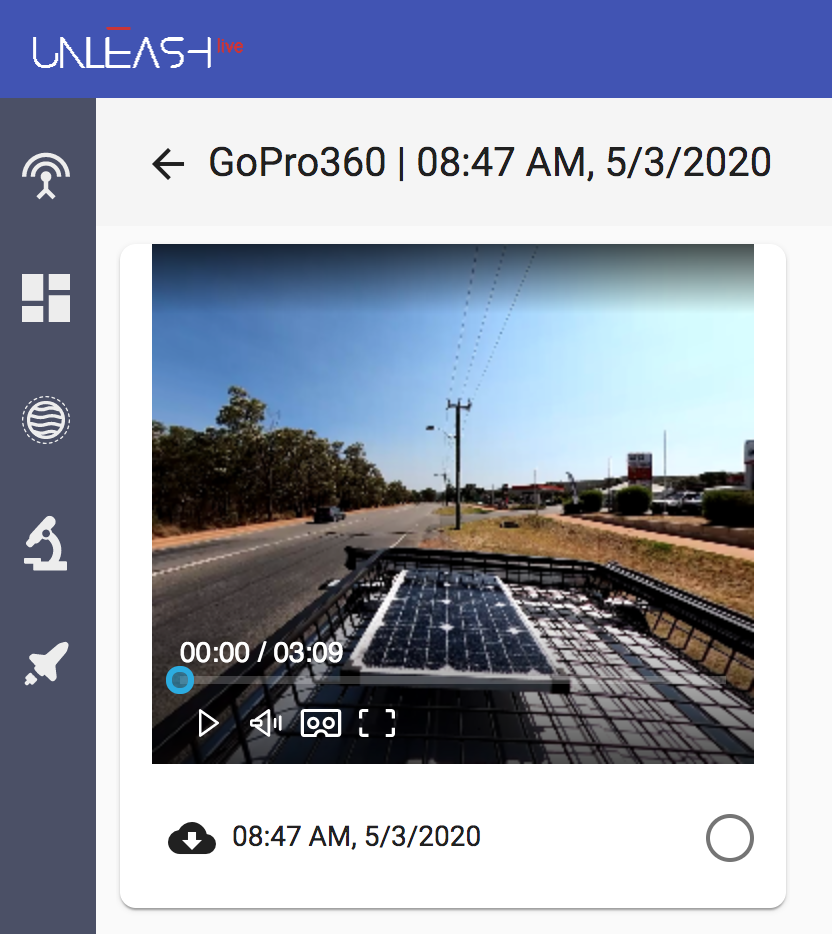